University of Iowa student named one of four SNL Scholars 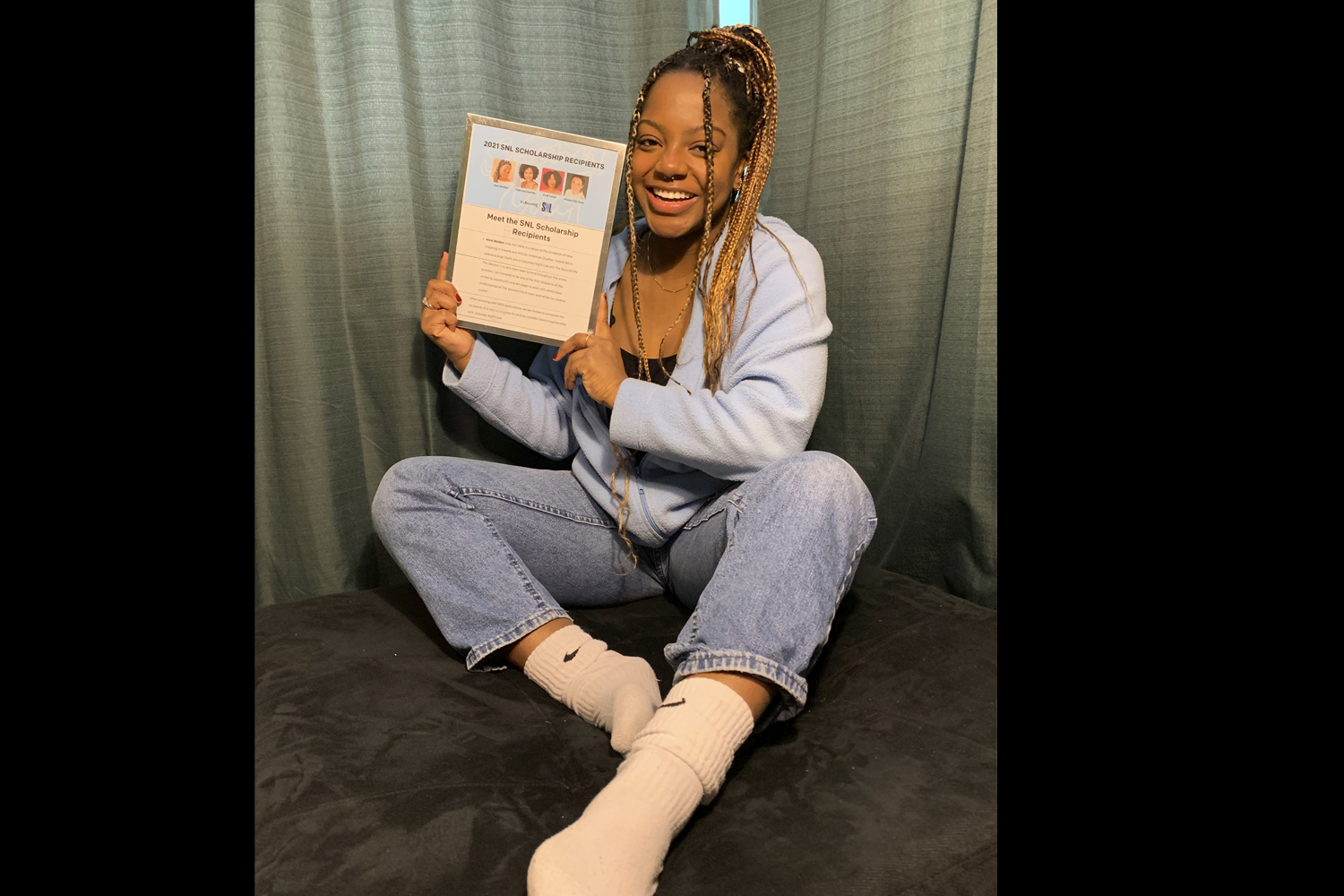 Alexi Bolden, a graduating senior, will take comedy classes through Chicago’s Second City, and then have the opportunity to audition for the late Saturday Night Live Television Program.

Alexi Bolden fell in love with comedy in the fifth grade, watching the season 34 cast of Saturday Night Live tell jokes and perform improv before the world. Now, she will get the chance to follow in their footsteps.

A senior at the University of Iowa, Bolden was recently named one of four diversity scholarship recipients of the popular television program which reviewed nearly 1,300 applications. The scholarship comes with the opportunity to study with Second City for two years and then audition for SNL.