Charlie Taylor was named director of communications of the Division of Diversity, Equity, and Inclusion at the University of Iowa in December 2020. In 2022, Taylor was named senior advisor to Dr. Liz Tovar. His primary responsibilities are the messaging and communications of the Division, storytelling of the institution's DEI work, and integration of DEI with the Office of Strategic Communications. He oversees the Division's content, messaging, website, social media, and "Journey to Unity" email newsletter. Taylor is also involved in developing the new University of Iowa strategic plan embedding DEI into the institution. In the Spring of 2021, Taylor led the Journey to Unity video series released in conjunction with the Campus Climate survey better to tell the story of UI's current highlights and identify our challenges to address.

Taylor was a member of the University of Oklahoma athletics staff for eight years, most recently as assistant athletics director for ticket sales and operations. He previously held the position of assistant athletics director of marketing for seven years.
With the Sooners, Taylor directed the ticketing strategy, sales, and operations for OU's 21 intercollegiate athletics teams and special events. Taylor had administrative oversight of OU's Paciolan relationship, management of the OU-IMG/Learfield ticket sales team, and the OU. Athletics box office and the Sooner Rewards program.

Taylor was tasked with proactively increasing ticketing revenues for the department most effectively and efficiently while providing the best ticket experiences for Sooner fans. In his role leading the marketing department, Taylor managed OU's advertising, promotions, and game entertainment elements. Athletics. He also managed advertising relationships and launched the Sooner Rewards program. He initiated the department's addition of the IMG/Learfield ticket sales team in 2012.

Taylor previously worked ten years in the Arena Football League, serving as part of the office staff from August 2004 until joining the team at Oklahoma. As director of partnership services, he was responsible for executing national relationships and marketing for the AFL's blue-chip partners in his final four years with the league. Taylor was part of multi-year partnership renewals with a number of those blue-chip companies and secured a multi-year exclusive contract with Discover Card.

Taylor worked with AFL teams for five years and joined the league office in August 2004 from the Los Angeles Avengers. He served as the Avengers' director of marketing for three seasons. In that position, he oversaw the team's marketing, promotions, brand development, and advertising. During his tenure with the Avengers, ticket sales increased 75 percent, and in-game attendance went from 51 percent to 85 percent.

Taylor began with Palace & Sports Entertainment in 1998 in ticket sales. In that position, he worked with the NBA's Detroit Pistons, the WNBA's Detroit Shock, the International Hockey League's Detroit Vipers, the Fury, and a pair of music theaters.

Taylor earned his bachelor's degree in political science from the University of Iowa in 1996, serving as the Hawkeye Marching Band drum major during his undergraduate career. He earned a master's degree in sports administration from the University of Tennessee in 1998, where he worked as a graduate assistant with the Lady Vol athletics department.

Taylor is a native of Davenport, Iowa. Charlie and his wife, Kristen, have three children; Addy, Chase, and Natalie. 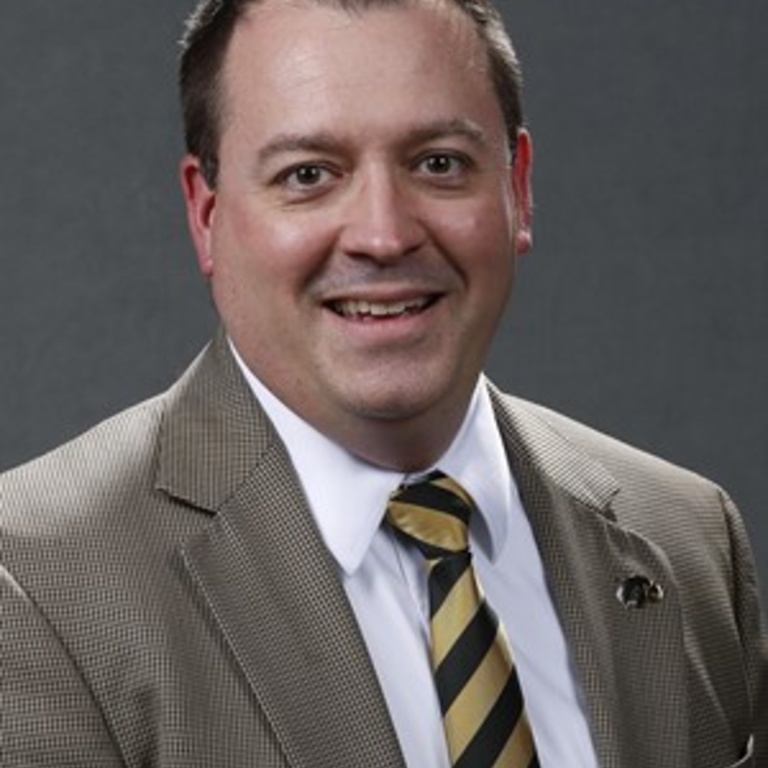